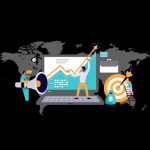 From Apple to Starbucks to Lego, these highly successful companies of today battled huge losses before coming out on top!

Failure is an inevitable part of business world. There are very few businesses that are seen to succeed in one go or make it big without experiencing considerable number of failures. Rather, when we talk about some of the popular and biggest businesses such as Apple, Lego, Starbucks, FedEx, and Marvel; the one shared thread that we recognize amongst them is that how these companies had to face huge failures and lost their valuable money/investment before carving a landmark success story for themselves in the business world.

Let us now dwell a little further and understand what exactly went wrong with these businesses and what growth strategies they adopted which eventually helped them to bounce back again. 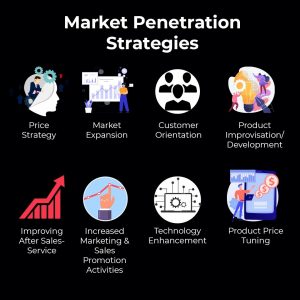 “The market penetration strategy adopted by Apple is all about amalgamation of ingenious product development along with powerful marketing, pricing strategy, and community leveraging”

The first name that comes to mind which turned its tables from being on the verge of getting bankrupt to being the most successful companies in the world is certainly APPLE. The success story of Apple is nothing less than an inspiration for many entrepreneurs world over. The company reached an early momentum with coming up of truly unique and innovative products, but eventually experienced a major fall and started losing its market. This was mainly attributed to the exit of its founder Steve Jobs coupled with lack of innovation and falling short of customer’s needs; resultantly popularity and demand of its products plunged.

Rather, in 1997 Apple was on the brink of bankruptcy. But, then with implementation of right growth strategies which focused on market penetration it bounced back and today has become the first $1 trillion company. Basically, the company focused on coming out with its famous core product, the iPhone and developing the strategy for increasing its sales every year. For this it focused on amalgamation of innovation along with powerful marketing and pricing strategy and of course community leveraging. 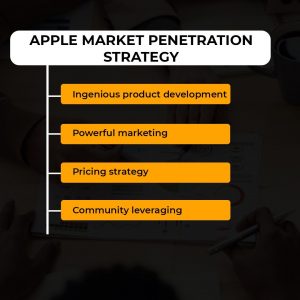 Over the years, it has consistently introduced new versions of iPhones with added enhancements and upgrades, including releasing its high-end iPhone X. As a result of its market penetration, Apple has a larger market share than all of its competitors combined with over 50 percent market share in 2021. Understandably, Apple focussed on developing a loyal customer base with powerful marketing strategy and emotional engagement with its customers. And, so whenever the company comes up with a new iPhone model every year, these loyal customers (who have become fully dedicated to the brand) are the early ones to buy the phone; even though the product price is higher as compared to other competitor models.

To add to this, with successful rebranding campaign, launch of new products such as iMac, iPod, and iPad and the constant revamping of consumer expectations, Apple has gradually turned itself around to become one of the biggest tech organization in the world. However, this happened, only after a 12-year downward period and several product flops.

“The market penetration strategy of Starbucks is based on quality based differentiation, customer orientation, embracing of technology to engage customers better, and offering sales promotions.”

Another one such example to consider is that of STARBUCKS which though today is one successful coffee giant, but it once faced a serious financial crisis. This happened in 2008 when owing to extensive overexpansion plans, growing coffee competition, cheaper options for customers and higher cost of dairy products, the coffee giant witnessed a huge slump in business. However, it quickly took action by focusing on quality based differentiation (enhanced coffee quality), ad campaigns, reorganizing of supply chains and even closing number of outlets, which helped in turning things in its favor. Another thing it did was reworking on its market penetration strategy to understand where it was going wrong. So, it started customer oriented products, such as premium coffee, tea, cappuccino, and espresso, building personal relationships with customers, embracing technology to engage customers better, and offering sales promotions such as a free Frappuccino which worked in its favor, thereby reigniting the brand trust. 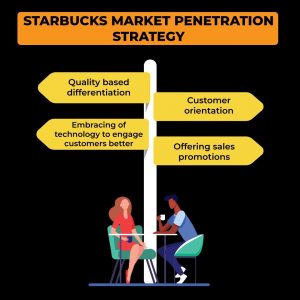 Resultantly, today it has become one of the prime coffee brands in the world. As on date, Starbucks boosts of having presence in more than 80 countries with over 32,000 stores worldwide. In order to grow and maximize its revenues in these current markets, the brand implements market penetration by opening more Starbucks owned outlets or licensed and franchised cafes.

“The market penetration strategy implemented is based on knowing the targeted audience, innovative products to appeal all customer segments, digitalization, and entering new markets with existing products”

And lastly how can we forget not to mention the case of LEGO which went from nearly being bankrupt to becoming the most powerful brand in the world today. The company found itself in financial calamitous state in the early 2000s, with the company even selling some products for less than they cost to manufacture. One of the major reason was LEGO losing it sight in identifying of its target audience; resultantly they made groundless assumptions leading to coming out with products which were not at all in sync with their customers’ needs and wants. 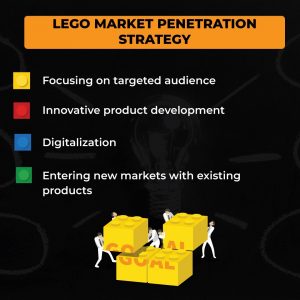 But, then a corporate restructuring, well-researched innovative products based on targeted audience along with resorting to streamlined operations, helped LEGO to regain its focus, thereby making it one of the largest brand comebacks of all time. Further, implementation of new market penetration strategy which focused on offering plethora of products specifically designed to appeal all the customers segments in order to reach out to substantial range of customers coupled with entering new markets such as China and India with exiting products really helped in making things work rightly in its favour. And, today it is at the top again!

“We need to constantly become better, or otherwise there will be someone out there who will catch up to us.” – Knudstorp, former CEO of LEGO

Besides, in order to ensure that existing customers keep purchasing its products, the company reintroduces 60-65 percent of their existing sets every year. They also offer several large and complex sets targeted to teenagers and adults to increase their sales.

Failure is not the end of the road, even if it seems like it!

While, undoubtedly failures or let-downs in business can indeed be discouraging and at times making one feel that that you have hit the end of the road, but such is not the case. Just take a look at these businesses who failed miserably before becoming a success story.  Failures, on the contrary if taken in a positive stride, provide valuable lessons and experiences that can pave the way to the success road. It is just a sign of what you have been doing wrong which could be with regards to not listening to your targeted audience, over expanding of your business too soon, wrong spending of resources or maybe not finding your product-market fit. The underlying principle is to understand as to what went wrong and what needs to be avoided or altered in the future in order to avoid a recurrence. As Henry Ford rightly said, “failure is the opportunity to begin again more intelligently”.

So, which of the growth strategies of these three biggest brands of the world has impressed you the most? Comment Below.